Choice: the greatest power of all?

“from the one who has been entrusted with much, much more will be asked” – Luke 12:48

Comic lovers have always been asked “what super power would you want most?”. The easy answer is all of them.
The real question that makes every single comic fan pause in thought is a two part question.

“If you could have any super power , what would you do with it?”

“Would you become a Villain or a Hero?”

after all with great power there must also come… great responsibility! and no one understands that better than Peter Parker.He could have used them to win a gold medal, rob a bank, or even become the greatest mixed martial arts fighter of all time. Instead Peter chose to dawn the mask of Spider-Man, taking on the burden of protecting a city.

Would he have made the same choice if he did not have that power? maybe we will never know. What we do know is that many others have chosen the same path with no real power to back them. They decided for what ever reason enough was enough. It was time for someone to take a stand. From The Punisher to Kick-Ass, from Police officers to Navy Seals, ordinary men and women making a choice to be extraordinary.

What power or how much you have really doesn’t matter…
Today you maybe just another under paid worker,but…
you never know what will be asked of you tomorrow… 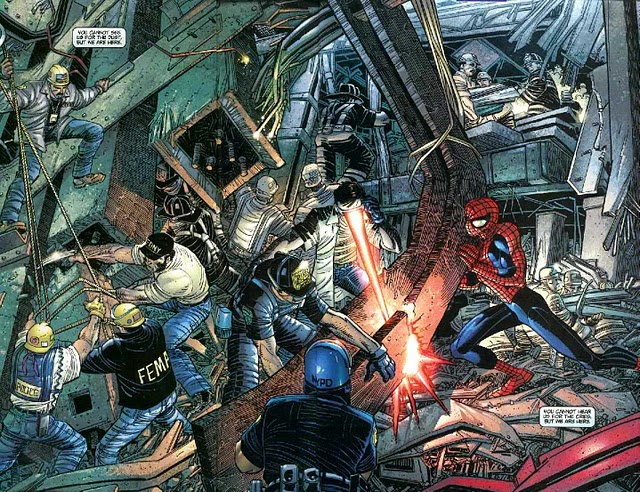