You can out-distance that which is running after you, but not what is running inside you. – Rwandan Proverb

It starts with a question ” Can what you are doing  now get you there?” By that i mean can your minimum wage job at subway  get you the six figure income you want? Can it get you the house,car and other material thing you desire?  Can it pay for a first class ticket to anywhere in the world at anytime?  If the answer is no then you have to make a change.

Truth be told as long as you maintain that belief in “I could never…” you are right , you will never grow beyond the limitations you have set for your self. However if you are willing to take a moment and change the way you think, change the way you see the world around you, then anything and everything becomes a possibility.

Much of my life I believed I could never lose weight and I could never break out of the $8-$10 per hour range. That changed when i began my journey in the fall of 2007.  My desire to serve in the military was the catalyst that pushed me to make that change. In just about 6 month i lost over 100lbs using power90. It gave me the feeling i could do anything.

In the summer of 2008 i became a coachwith beachbody. I just wanted to help others feel as great as i did about weight loss and fitness.  two years went by in a flash. I now have a son, i have helped countless people on their journey to a better life and my income from beachbody for those 2 years was only $4000 dollars.

It was the summer of 2010 and even though i had changed, i still had the belief i could never break out of the $8-$10 per hour range. Thats when I met a young man named Josh Spencer. He looked at me and said “What in the world are you doing? there is no reason you shouldn’t be crushing this business” ( I still didn’t get it), he asked me if i know what i want out of life ,I said of course then he asked the question” can what you are doing now get you there?” thats when it clicked.

The people at the top don’t question why they are at the top , they don’t question how far ahead of everyone else they are, the only thing questions they ask is How far can I go  and how can i make today greater today than yesterday . 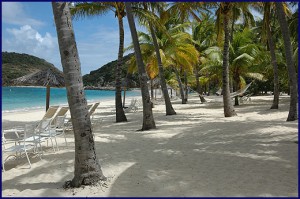 It is now 2012 and this looks to be my last year working. I am on track to retire at age 31 on my birthday in October. If you had asked me when i was 16 if i could retire by 31 i would have said yes, if you asked me again at 20 i would have said no way. We can’t let the struggles of life and negative beliefs control our destiny.

The Mighty Roar of Life

5 thoughts on “I could never…”