Man of Steel is a movie that has been a long time coming. It seems that Zack Snyder will go the dark knight route and play off the darker side of superman’s story… the burden of power. Which is kinda cool. Many time it has been shown that he willingly take on the mantle of earths protector but rarely do you get to see the toll it takes on him. The New52 version does a  pretty good job of telling that story but, depending on Henry Cavill’s performance, this movie could out do the new comics. 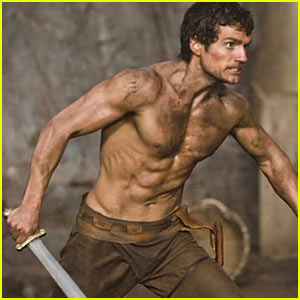 Superman may be the man of steel but he has never been the most ripped superhero. man of the actors  that have played him were great actors but not physically superior specimens. Going a different direction with this one, i think they wanted someone with more screen presence. Enter every ones favorite actor from Showtimes The Tudors ,Henry Cavill.  Always superhero ripped it is no surprise to see Henry in great shape for his role as the Man of Steel. He was shredded when he played in the Immortals not long before this one. He has his own training routine , however I would love to see him do insanity asylum or p90x2. Keep an eye out for our review of his training program (once we get a hold of it). In the mean time leave comments below, and tweet/gplus us at #getsuperheroripped